Whether your job is big or small, you can count on Dewsbury Removals. We take pride in performing removals of all sizes with efficiency and professionalism in Dewsbury and beyond!
Free Quote Request
Call Us Now! 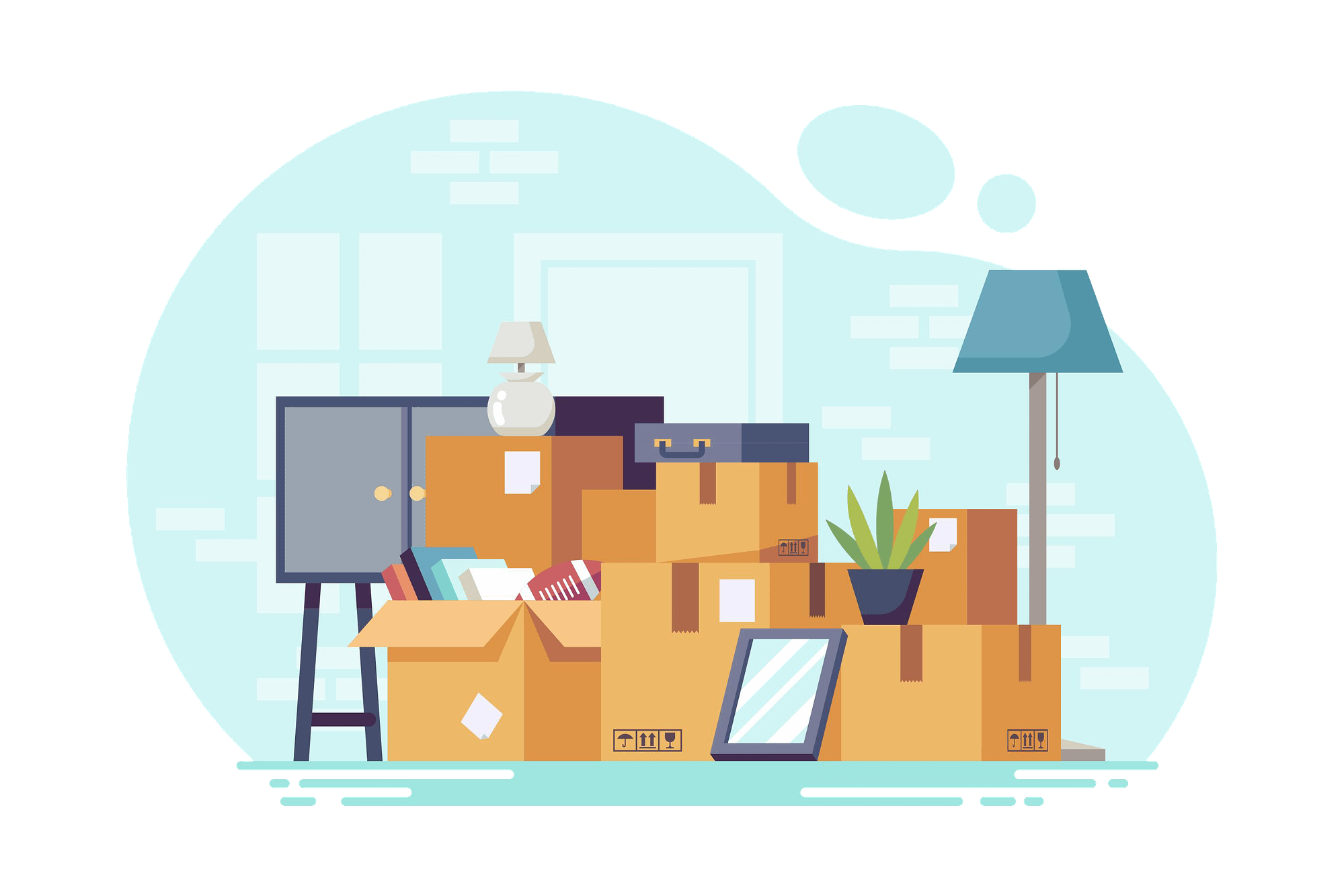 Dewsbury Removals are proud to offer a wide range of services to meet your moving needs, and we are always happy to provide a free quote. Contact us today to learn more about our services or to request a free quote.

Dewsbury Removals expert staff are experienced in all aspects of removals and will work diligently to ensure your move goes smoothly. We can provide packing materials and boxes, and we will even pack up your belongings for you if you wish.

At Dewsbury Removals, we understand that moving house can be a stressful experience. That's why we offer 24hr support to all our customers. So if you're looking for a hassle-free move, give us a call today. Irrespective of whether you are getting good vibes thinking about moving to a new place or having bad ones as the old house has so many memories, the in-between process of packing your stuff, moving it and then finally unpacking it again is indeed a stressful job. Moving in a way is a good indicator in most of the cases since an ordinary move takes of pain of going through the entire process only when the prospects of being at a new place are better than the ones at the current place. Now it can mean downsizing for a no. of not so good reasons such as loss of job or any other emergency. But the bottom line is that moving is inevitable, and sooner or later every one of us has to go through it.

Call Now to get FREE QUOTE

Looking for a reliable and affordable house removal company in Dewsbury? Look no further than Dewsbury Removals! We are a professional removal company that offers high-quality services at reasonable prices. We have a team of experienced and skilled movers who will take care of all your moving needs, from packing to loading and unloading your belongings. We also offer storage services if you need to store your belongings for a short or long period of time. Contact us today to get a free quote!

Dewsbury Removals provides professional office removal services at reasonable prices in and around Dewsbury, UK. We understand that moving office can be a stressful time for any business, which is why we offer a complete end-to-end service to make the whole process as smooth and hassle-free as possible. We also offer a range of additional services such as storage and intrastate moves, so whatever your requirements, we can tailor a package to suit you.
If you're looking for a reliable, professional and cost-effective office removal service in Dewsbury

Looking for a reliable and affordable student removal service in Dewsbury? Look no further than Dewsbury Removals! We specialize in providing Student Removals Service at reasonable pricing to make your transition into university life hassle-free. We understand that moving can be a stressful time, so we take care of all the heavy lifting for you. Our team of experienced removalists will carefully pack up all your belongings and transport them to your new home safely and securely. We also offer a convenient storage solution if you need somewhere to keep your belongings during the academic year.

Dewsbury Removals is the best choice for piano removal services in Dewsbury, UK. We offer top-notch service at a reasonable price, making us the perfect choice for anyone looking for a reliable and affordable piano removal service. With years of experience in the industry, we have the skills and knowledge necessary to safely and efficiently remove your piano, ensuring that it arrives at its destination in pristine condition. Trust us to provide you with an outstanding piano removal experience from start to finish.

If you're looking for a furniture removal service in Dewsbury that is both professional and affordable, then look no further than Dewsbury Removals. We provide a comprehensive furniture removal service that covers all of Dewsbury and the surrounding areas, so you can rest assured that your precious belongings are in safe hands. We understand that moving house can be a stressful time, so we do everything we can to make the process as smooth and hassle-free as possible.

Looking for a reliable and affordable Man and Van Service in Dewsbury? Look no further than Dewsbury Removals! We offer a wide range of Man and Van Services at reasonable prices, so you can rest assured that your move will be in good hands. Whether you're moving house, office or even just shifting some furniture, our team of experienced removalists will take care of everything for you. We understand the stresses that come with moving, so let us make it as smooth and hassle-free as possible for you. Contact us today for a free quote!

Dewsbury is the combination of 2 words i.e. Dewy and Bury (Fort) means Dew’s fort. Some other proposed it as “God’s fort” originated from Welsh Duw, “God”. It is a factory town and a metropolitan managerial unit in the west Yorkshire known for its splendid Victorian architecture. It is the part of west riding of Yorkshire. Dewsbury market developed in 14th century and mainly for clothiers. This market closed due to plague in 1593 and 1603 and reopened in 1741. In 18th century Dewsbury named due to recycling of wool and making heavy blankets and uniforms.

As a mill town Dewsbury witnessed a massive growth in 19th century and known as the largest town in heavy woolen district. It located near the river Calder where Paulinus propagated in 13th century and a tradition of ringing bell called the “Black Tom” present in church on the Christmas Eve, each toll since the birth of Christ known as “Devil’s Knell”. Despite its industrial background Dewsbury is a charming minister town. In 2007, it was voted as best market in Britain. According to the Census of 2011 Dewsbury’s total population is 62945.

Every country has some famous places to visit as in Dewsbury it has cinemas, parks, restaurants. Some most popular places that one should visit are Crow Nest Park. This park opened for the public in 1893. Since 16th century farming ground landscaped gradually into park. It contains a number of attractions including lawns, wildflower garden and an ornamental lake.

Mecca Bingo located in north of seaside resort. It is easily accessible by car, bus. This is the club having a café of 2000 comfortable seats with great range of food, drinks and delicious desserts.

Dewsbury minister is the church. This church was built in 13th century and rebuilt in 1895. The new style of construction of church was Gothic revival style. It is situated on vicarage road and became minister’s church in 1949.

Dewsbury town hall was founded in 1886. It is present in front of the old market. This Victorian hall has 700 seats and offering halls and meeting rooms used for weddings and receptions. This spectacular building has distinctive features of stained glass windows, beautiful marble columns and wood paneling.

The gallery restaurant located at Heckmondwike. The one who is the acute lover of cakes can find delicious homemade cakes, soups, sandwiches and crisps. You can treat itself with breakfasts, Light bite and starters, homemade cakes and mini desserts here.

One more restaurant is Dolce Vita .it’s an Italian restaurant with the specifications of pizza, pasta, steaks, poultry, chicken and wine with a very friendly staff and a cozy atmosphere.

Spice garden, when you have by no means come across Indian cuisine; you have to reserve a desk at this restaurant. Spice lawn with takeout dishes is good for the ones visitors who like to have a snack at the go. Tasty chicken, naan and lamb are the fine dishes

New bonnie Chinese take away is one more restaurant of excellent quality. New bonnie Chinese get rid of is usually recommended for the Chinese delicacies supplied. Customers can also have tasty chicken and nicely cooked prawns at this place. This place offers good delivery.

Dewsbury is largely populated with Muslim community. In recent years Iraqi Kurds also immigrated to this town. After the world war ll a large number of Asians from Pakistan and India migrated to Dewsbury .Gradually the number of Muslims in Savile town grew as it reputed as an Islam friendly community. In 1989 there was a riot between the British National Party and local South Asians. White parents started to withdraw their children from schools by saying that they have the right to do it as it’s the 80% Muslim populated area. The situation gets worse when the Muslims came to know that BNP is planning to burn the Holy Quran. Equality and human rights commission mentioned in 2007 that how Dewsbury divided into two religions. Census of 2011 showed that Dewsbury is 44% Muslim populated area and Savile town has 93% Muslims. Some famous mosques in Dewsbury are The Markazi Mosque, Madni Masjid and Masjid-e- Zakriya.

On weekends there are a lot of recreational places to visit with your family in Dewsbury. You can visit the ponderosa zoo where your kids will enjoy a lot. The play station, krazy kids’ adventure world,  Escape hunt Leeds, Charlotte’s jersey Ice cream are some popular places to go on weekends.